World premiere during the cityworks at Spielartfestival 2013

a Munich-mapping from district to district

For what or against what would Munich’s inhabitants take to the streets today to publicly stand up for their interests? With the statements collected by Anna Konjetzky in advance, a group of people protested daily for the residents of the respective district.

Moving Munich took place on all 16 days of the Spielartfestival with 20 extras from 12 to 13 o’clock in a different part of the city as a ‘silent protest’. Afterwards the protest signs were distributed in the district, so that the protest remained visible there. The permanent container in front of the Gasteig in turn turns into the mouthpiece of a different quarter every day. 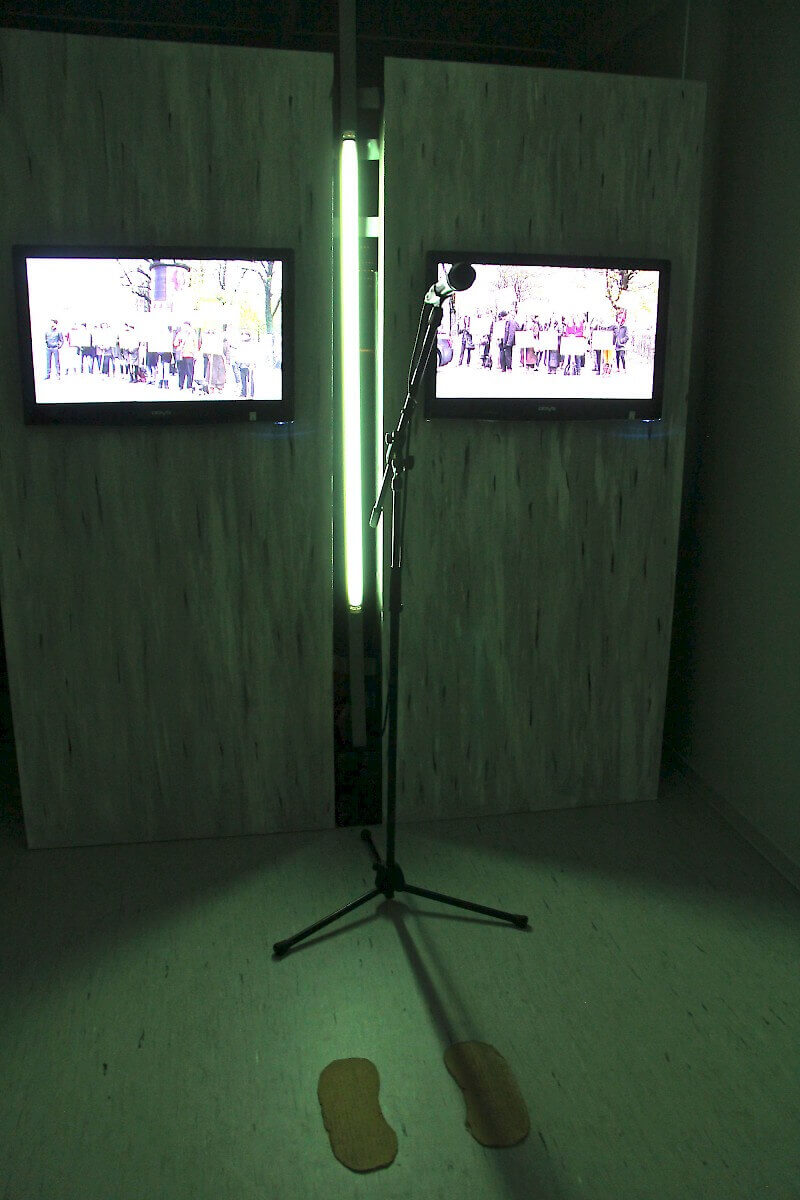 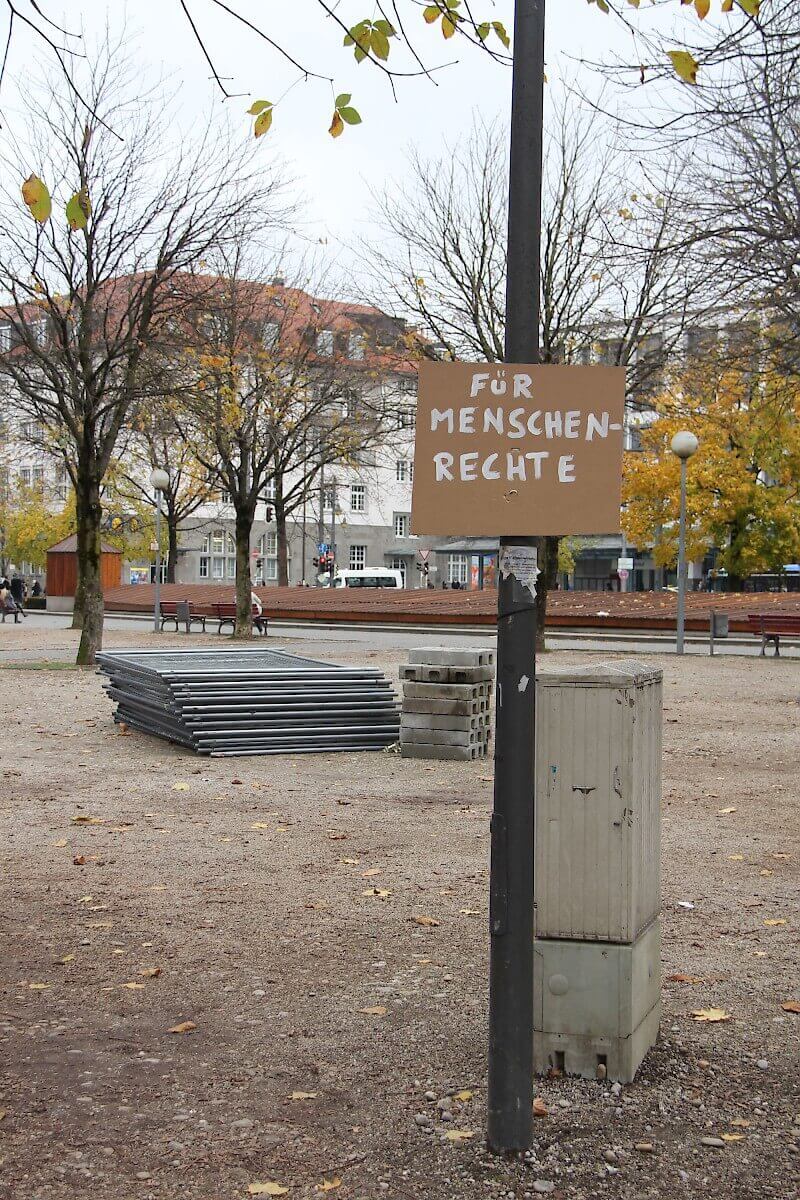 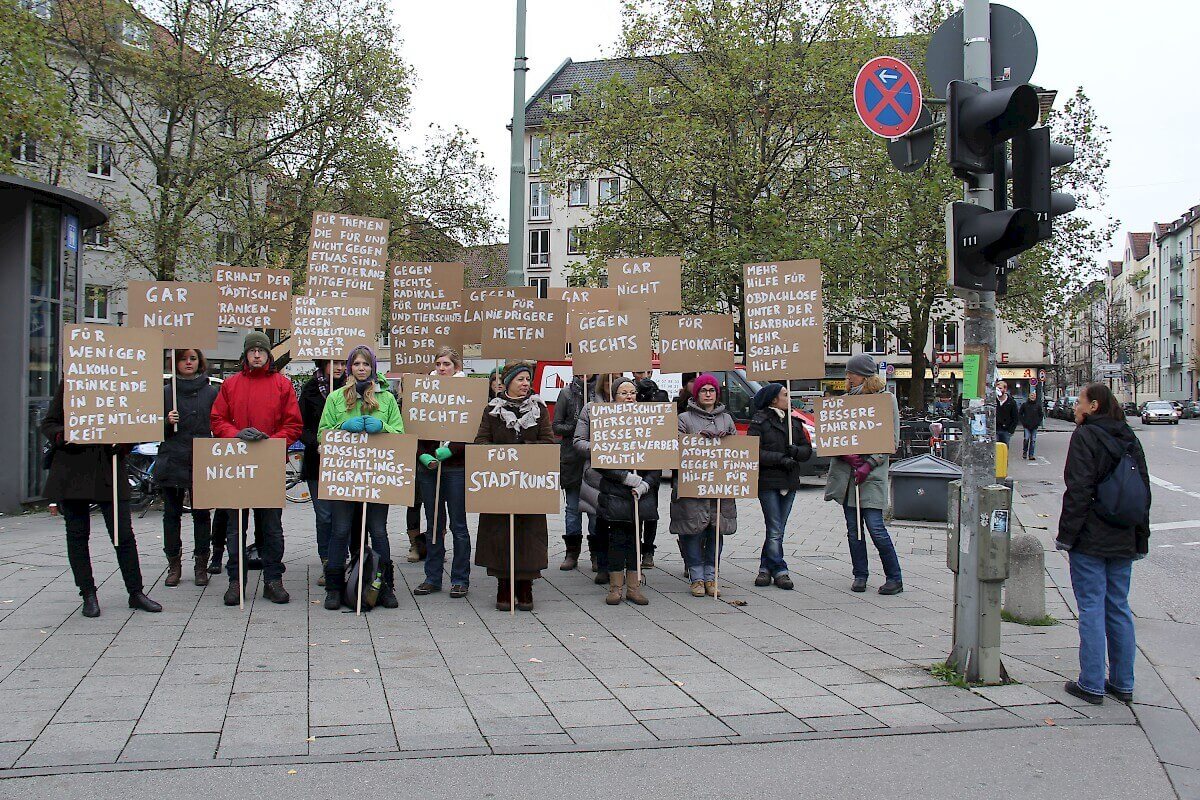