In „wah-wah“, Anna Konjetzky allows the audience to look at six dancers as though through a microscope. A kaleidoscope of aggregate states and constellations are opened up to observers. As in a chemical reaction, the bodies meld, pulse as one, reject one another, individualize, encircle one another to then once again be attracted to one another. The dancers are a swarm that does not seem to follow a determined or immanent order, a subconscious or pre-conscious impulse; it causes a series of chain reactions and creates constantly new arrangements of bodies. The events on stage are thus similar to the principle of a black hole that makes everything move at its edges to then swallow and meld with it all to thus create a state of higher density – layer by layer, loop by loop.

“It’s like a stream of consciousness transferred to the behavior of bodies towards each other. Every action, every constellation causes changes that take place and make waves, creating new connections, new configurations. It is about the emergence of community, about the emergence and movement of (social) systems and the question up to where individuals create the system and at what point the system develops a form of self-dynamics that is so compelling that it forms the individual”. (Anna Konjetzky) 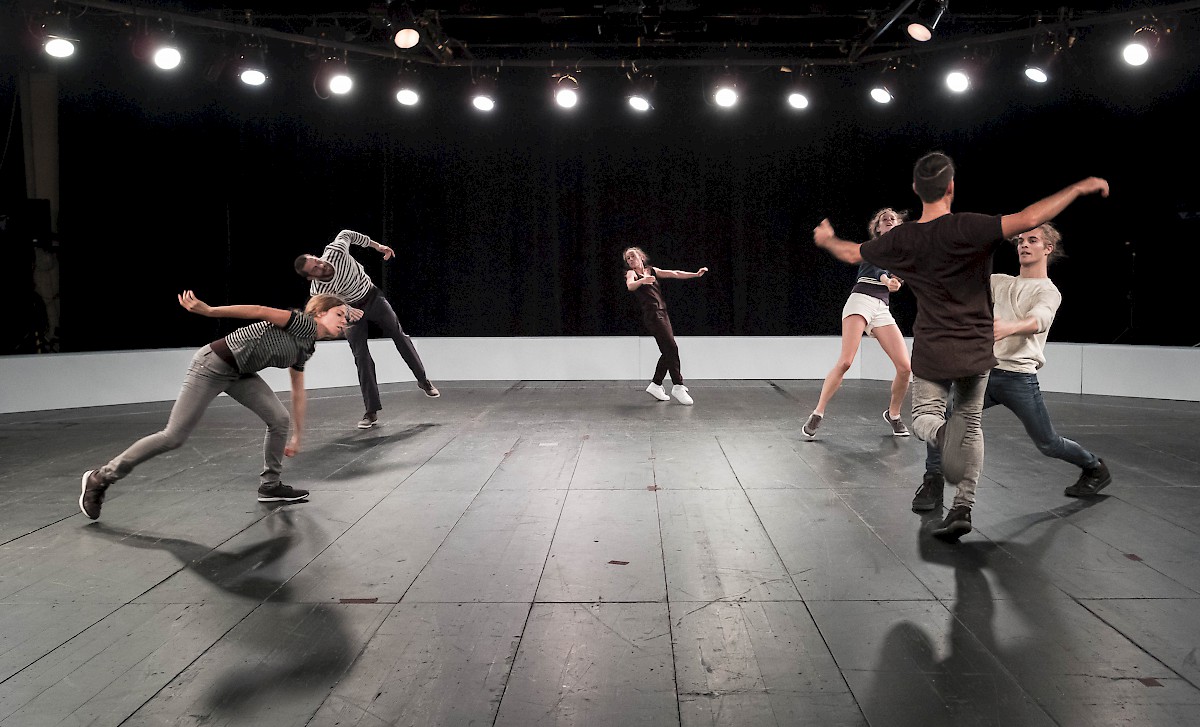 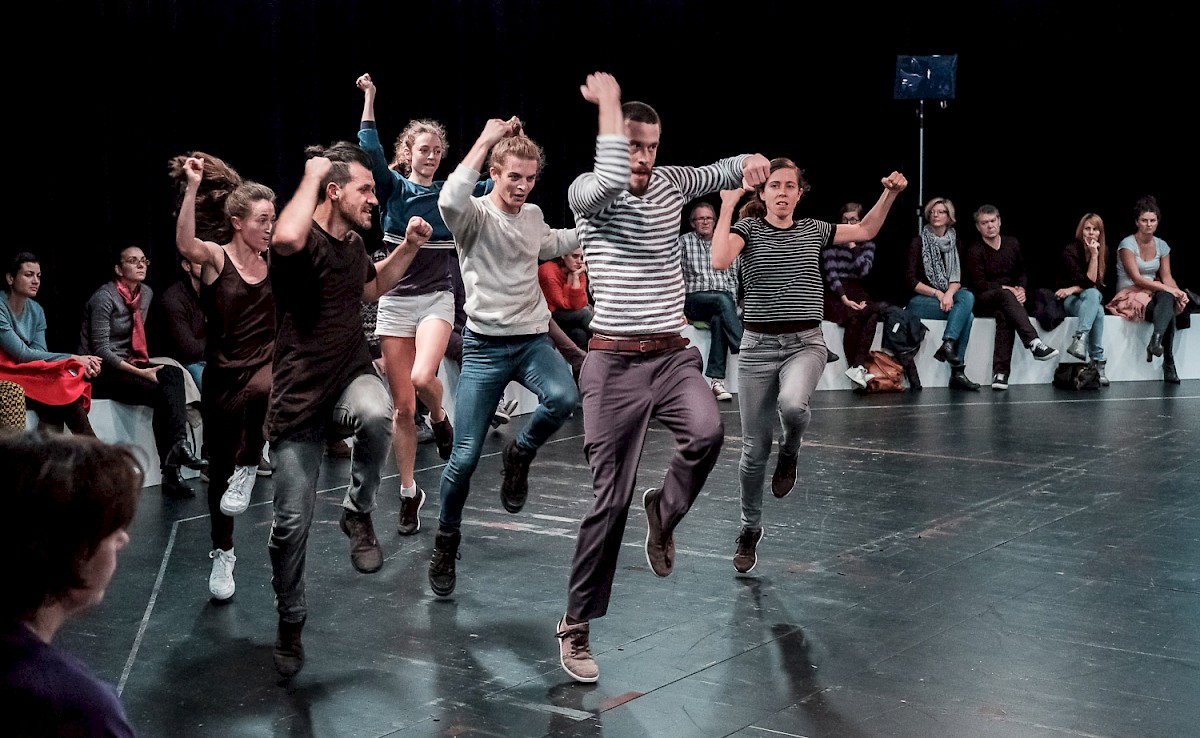 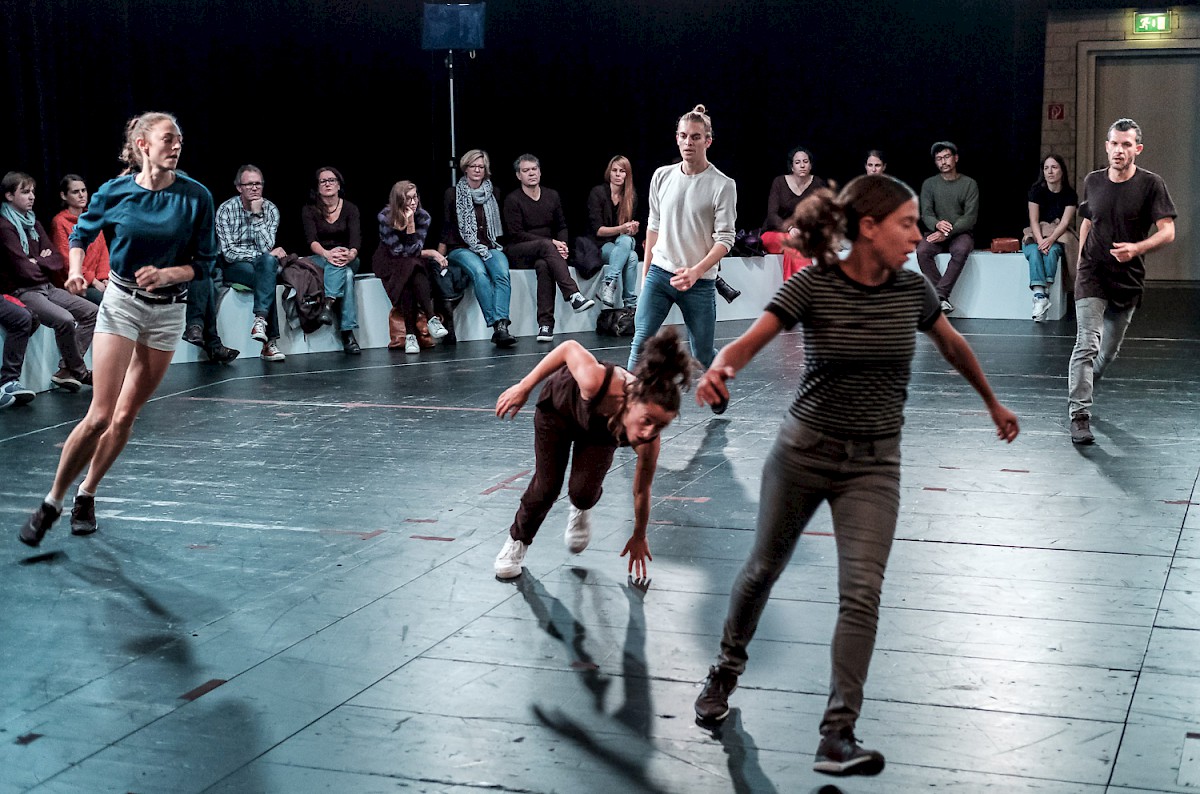