Abdrücke and Abdrücke folgen are two dance installations for one dancer. Two images that are like the same image’s positive and negative. In focus: a dancer looking for traces of her own being – which are constantly blurred. The body is the mooring rope to the self; a matter that can be measured, drawn, touched, described and displayed. And observed: the audience’s voyeuristic point of view in Abdrücke turns in Abdrücke folgen rather to dancer’s inside. In Abdrücke folgen, the spectators essentially falls into the box and thus enter the inside of the dancer. There are no longer any partitions between spectator and protagonist; the audience surrounds the stage on all four sides, barely separated by light. Behind the audience – on all four sides – are screens that not only show live images of the dancer, but also images of the outside world and of documents, passports, birth certificates, documents giving proof of existence and of identity. Attribution, descriptions, verifications try to capture the life and yet remain vague. Despite more descriptions and more details under scrutiny, the image becomes even more blurred.

Funded by the Kulturstiftung der Stadtsparkasse München and with support by Muffathalle München. 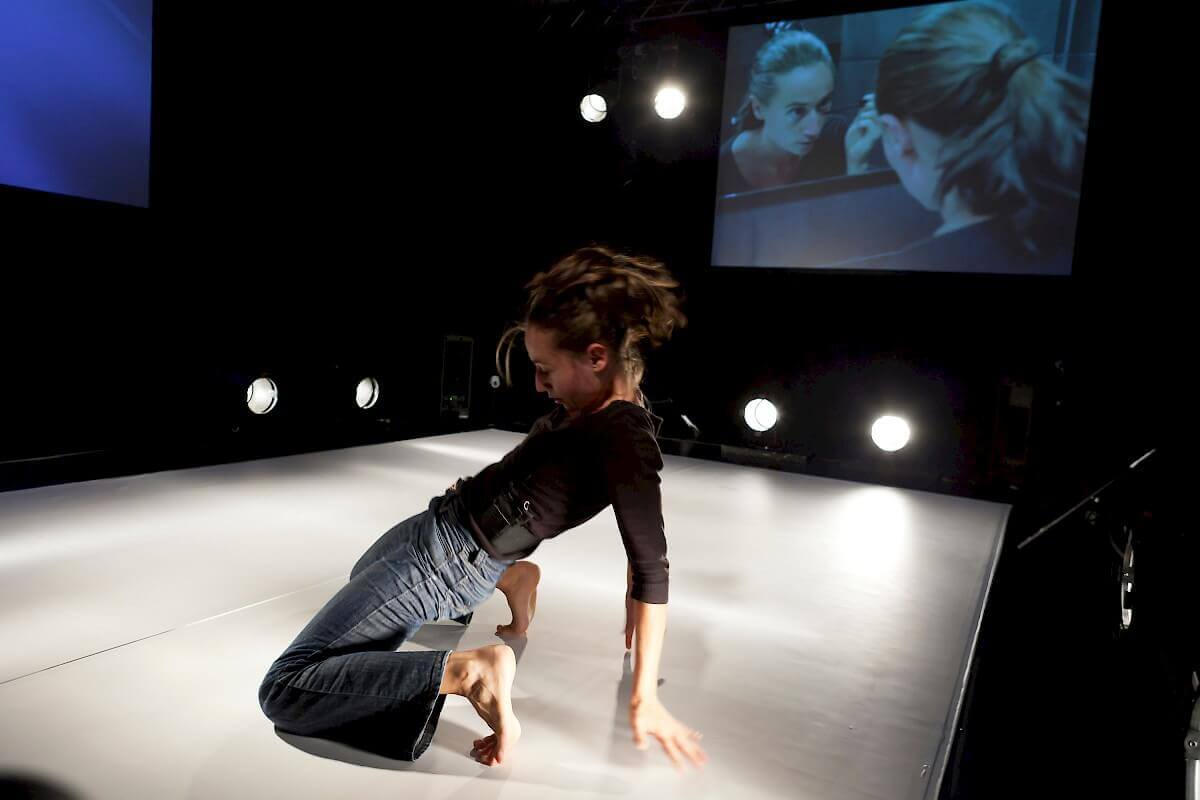 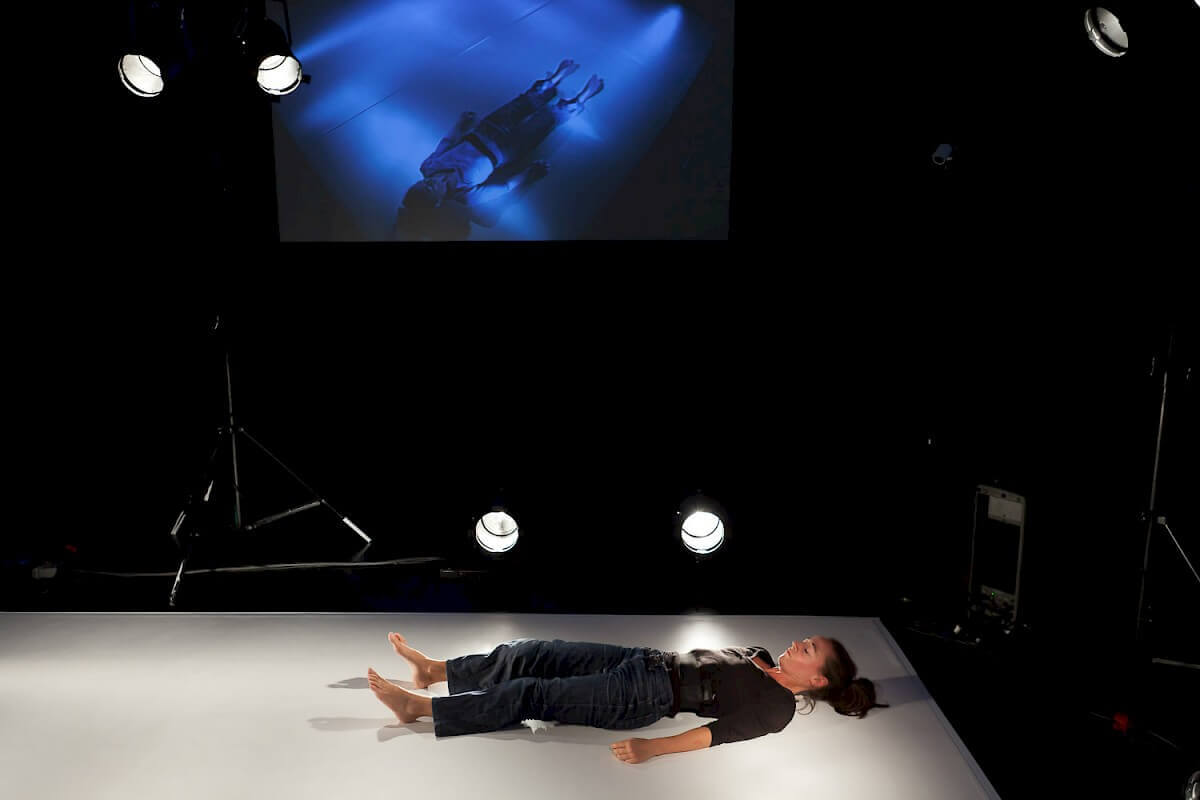