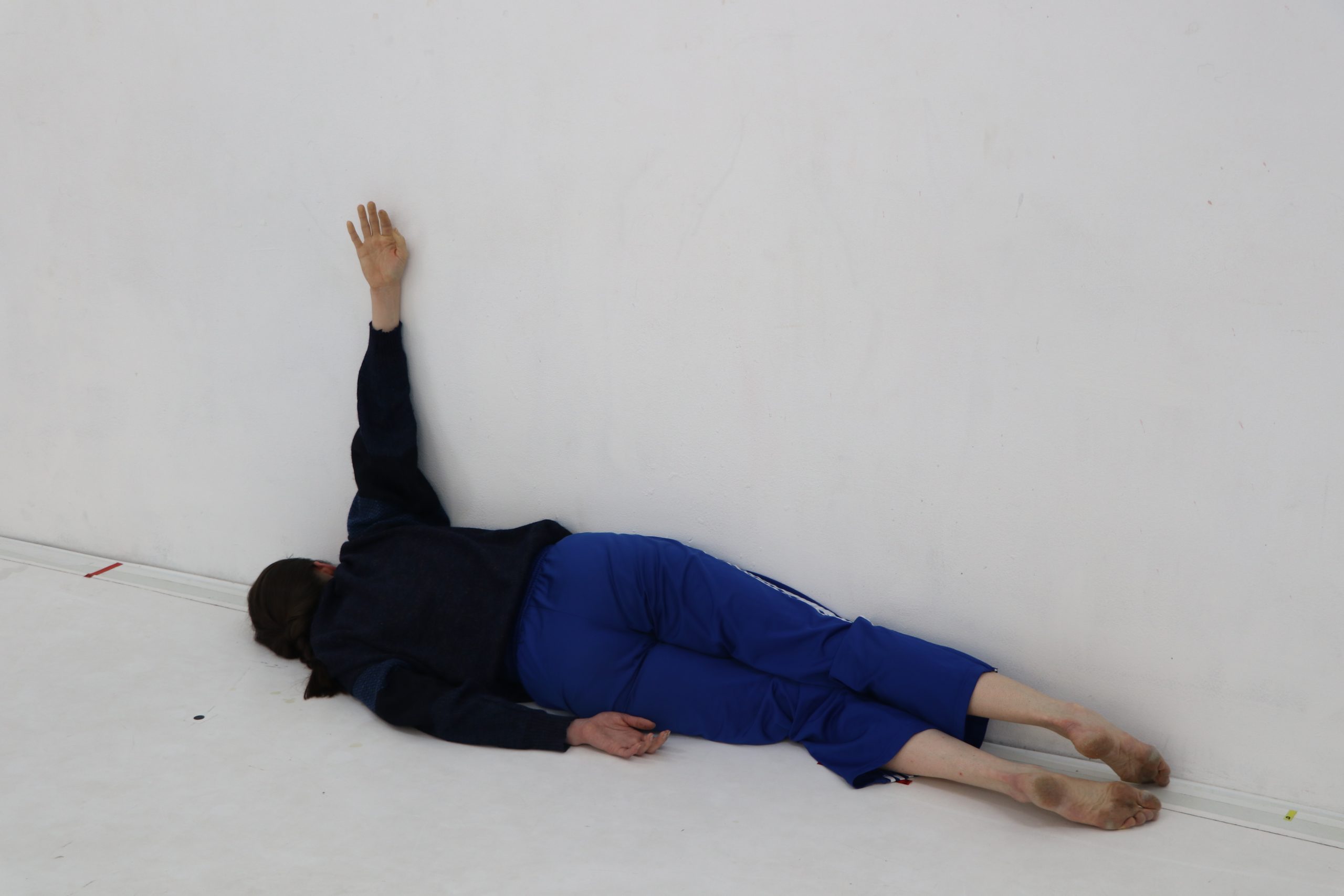 Susanne Schneider ist Teil der nomadic academy research academy und Teil des Playground-Teams. She is a dancer, teacher, movement researcher. Her education includes cultural studies and educational science at the LMU Munich. She holds a BA in contemporary dance/transmission from the HfMT Cologne. Her main teachers were Gustavo Lesgart who introduced her to floor work, Vera Sander who made her question established knowledge, Nina Hänel who showed her how to apply somatic practices. She is influenced by Release Technique, Feldenkrais, Ideokinesis, Klein Technique, Breakdance, conscious made decisions and anatomical limitations. Susanne values both: wild-and-crazy-physicality and anatomically-informed-movement. Since 2013 she collaborated as a freelance dancer with the company Cocoondance. She worked in the field of circus with the acrobat duo Overhead Project. With Özlem Alkis she explored the impossibility of bodily disappearing. Until August 2019 she co-organized and co-initiated the Freaky Training and the IGProfitraining in Cologne to create structures for the freelance scene to share knowledge, to exchange on a physical level and to provide a regular movement practice. In April 2018 she joined the MA CoDE program at HfMDK Frankfurt.

Laura Konjetzky →
We use cookies on our website to give you the most relevant experience by remembering your preferences and repeat visits. By clicking “Accept All”, you consent to the use of ALL the cookies. However, you may visit "Cookie Settings" to provide a controlled consent.
Cookie SettingsAccept All
Manage consent

This website uses cookies to improve your experience while you navigate through the website. Out of these, the cookies that are categorized as necessary are stored on your browser as they are essential for the working of basic functionalities of the website. We also use third-party cookies that help us analyze and understand how you use this website. These cookies will be stored in your browser only with your consent. You also have the option to opt-out of these cookies. But opting out of some of these cookies may affect your browsing experience.
Necessary immer aktiv
Necessary cookies are absolutely essential for the website to function properly. These cookies ensure basic functionalities and security features of the website, anonymously.
Functional
Functional cookies help to perform certain functionalities like sharing the content of the website on social media platforms, collect feedbacks, and other third-party features.
Performance
Performance cookies are used to understand and analyze the key performance indexes of the website which helps in delivering a better user experience for the visitors.
Analytics
Analytical cookies are used to understand how visitors interact with the website. These cookies help provide information on metrics the number of visitors, bounce rate, traffic source, etc.
Advertisement
Advertisement cookies are used to provide visitors with relevant ads and marketing campaigns. These cookies track visitors across websites and collect information to provide customized ads.
Others
Other uncategorized cookies are those that are being analyzed and have not been classified into a category as yet.
SPEICHERN & AKZEPTIEREN